IAN LARA - TONY V - RAY ELLIN
BACK TO ALL EVENTS 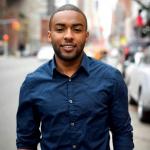