BRIAN MCFADDEN - GINA BRILLON - RAY ELLIN
BACK TO ALL EVENTS

Finger food available during the show. We have a full bar available.

MUST ARRIVE no later than 8pm if not having dinner. 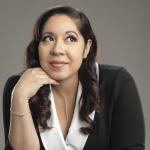