If you would like to eat during the show, we will have a different food menu, which will consist of lighter fare - wings, fries etc 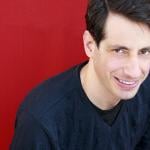 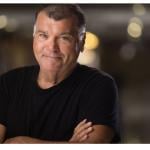